It's interesting that the author of this week's Jesus quote identified himself as "an historian." H. G. Wells is best-known for his works of science fiction like The Time Machine and The War of the Worlds. Maybe he considered such works as before-their-time history books.

He certainly had a keen eye for the condition of humankind and the intricacies of sociology, and it led him to make the following observation: 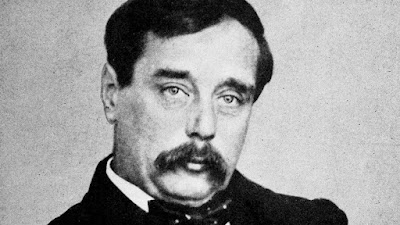 I am an historian, I am not a believer, but I must confess as a historian that this penniless preacher from Nazareth is irrevocably the very center of history. Jesus Christ is easily the most dominant figure in all history.


It brings to mind the piece, "One Solitary Life," attributed to James Allen Francis:

He was born in an obscure village, the child of a peasant. He grew up in another village, where he worked in a carpenter shop until he was 30. Then, for three years, he was an itinerant preacher.

He never wrote a book. He never held an office. He never had a family or owned a home. He didn't go to college. He never lived in a big city. He never traveled 200 miles from the place where he was born. He did none of the things that usually accompany greatness. He had no credentials but himself.

He was only 33 when the tide of public opinion turned against him. His friends ran away. One of them denied him. He was turned over to his enemies and went through the mockery of a trial. He was nailed to a cross between two thieves. While he was dying, his executioners gambled for his garments, the only property he had on earth. When he was dead, he was laid in a borrowed grave, through the pity of a friend.

Twenty centuries have come and gone, and today he is the central figure of the human race. I am well within the mark when I say that all the armies that ever marched, all the navies that ever sailed, all the parliaments that ever sat, all the kings that ever reigned--put together--have not affected the life of man on this earth as much as that one, solitary life.

Truth is...Whatever a person makes of Jesus, it's certainly difficult to ignore him. Non-believers often go to the point of using his name to swear...that in itself implies some kind of significance, does it not?