The Tyranny of Perfection


According to tennis great Andre Agassi's autobiography, Open, Agassi got some important advice from Brad Gilbert when he and his manager were recruiting Gilbert to be Agassi's coach. They asked Gilbert for an honest, brutal-if-necessary evaluation of Agassi's game, and Gilbert pulled no punches: 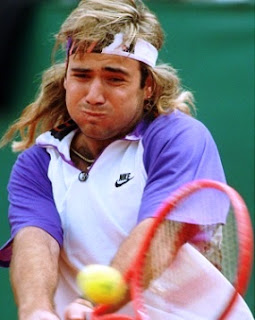 You always try to be perfect, and you always fall short, and it [messes] with your head. Your confidence is shot, and perfectionism is the reason. You try to hit a winner on every ball, when just being steady, consistent, meat and potatoes would be enough to win ninety percent of the time.

Quit going for the knockout. Stop swinging for the fences. All you have to be is solid. Singles, doubles, move the chains forward. Stop thinking about yourself and your own game and remember that the guy on the other side of the net has weaknesses. Attack his weaknesses. You don't have to be the best in the world every time you go out there. You just have to be better than one guy. Instead of you succeeding, make him fail. Better yet, let him fail. ...

Right now, by trying for a perfect shot with every ball, you're stacking the odds against yourself. You're assuming too much risk. You don't need to assume so much risk. [Forget] that. Just keep the ball moving: back and forth, nice and easy, solid. Be like gravity, man... . When you chase perfection, when you make perfection the ultimate goal, do you know what you're doing? You're chasing something that doesn't exist. You're making everyone around you miserable. You're making yourself miserable. Perfection? There's about five times a year you wake up perfect; when you can't lose to anybody. But it's not those five times a year that make a tennis player; or a human being, for that matter. It's the other times.

*  *  *  *  *  *  *
Truth is...Earth has felt the footsteps of only one perfect being, and we killed him. So, take it easy on yourself. By the way, under the leadership of Brad Gilbert, Andre Agassi experienced one of the most successful periods of his career.

[SLAP!] Thanks, I Needed That


I recently began reading a book by Brennan Manning, The Signature of Jesus. I have really benefited from everything I've ever read by Manning (especially The Ragamuffin Gospel, from which I will surely be quoting in this space sometime in the future) and what I've read so far in this book has certainly not disappointed.

Especially moving is this note that was found in the office of a young pastor in Zimbabwe, Africa...following his death...a death caused because the young man believed in Jesus. 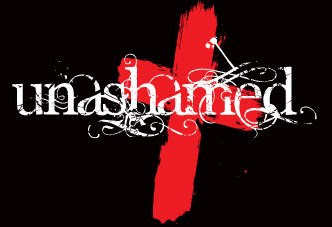 I'm part of the fellowship of the unashamed. I have the Holy Spirit's power. The die has been cast. I have stepped over the line. The decision has been made - I'm a disciple of his. I won't look back, let up, slow down, back away, or be still. My past is redeemed, my present makes sense, my future is secure. I'm finished and done with low living, sight walking, smooth knees, colorless dreams, tamed visions, worldly talking, cheap giving, and dwarfed goals.

I no longer need preeminence, prosperity, position, promotions, plaudits, or popularity. I don't have to be right, first, tops, recognized, praised, regarded, or rewarded. I now live by faith, lean in his presence, walk by patience, am uplifted by prayer, and I labor with power.

My face is set, my gait is fast, my goal is heaven, my road is narrow, my way rough, my companions are few, my Guide reliable, my mission clear. I cannot be bought, compromised, detoured, lured away, turned back, deluded, or delayed. I will not flinch in the face of sacrifice, hesitate in the presence of the enemy, pander at the pool of popularity, or meander in the maze of mediocrity.

I won't give up, shut up, let up, until I have stayed up, stored up, prayed up, paid up, preached up for the cause of Christ. I am a disciple of Jesus. I must go till he comes, give till I drop, preach till all know, and work till he stops me. And, when he comes for his own, he will have no problem recognizing me...my banner will be clear!

*  *  *  *  *  *  *
There have been times - not nearly recently enough - when I felt like this. And those are the times when I've been the most filled with joy. Perhaps that's why I've also highlighted another paragraph: Philosopher William James said, "In some people religion exists as a dull habit, in others as an acute fever." Jesus did not endure the shame of the cross to pass on a dull habit. (If you don't have the fever, dear reader, a passion for God and his Christ, drop this book, fall on your knees, and beg for it. Turn to the God you half-believe in and cry out for his baptism of fire.)

Truth is...I need a slap in the face like this every so often. Maybe I'm not the only one.

Oh, The Joys Of Heroin


Ron Asheton, of Iggy Pop's punk group, the Stooges, is quoted in the book, Please Kill Me: The Uncensored Oral History of Punk, by Legs McNeil and Gillian McCain: 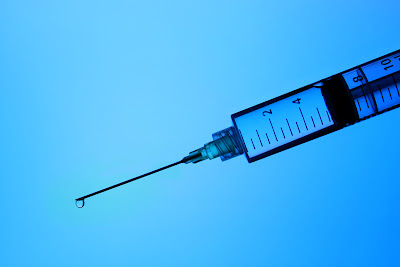 The shooting gallery in Fun House [their communal residence] was my brother's apartment. It had a bedroom, a bathroom, and it was perfect for shooting dope - a dark green tile floor, a big round table, and those kind of cheap white acoustical ceiling things they used to have in doctors' offices. Very fifties. The walls were already kind of brown, but the worst thing was that the acoustical tiles were all bloodstained. And there were big blood drips on the floor, and on the walls, because when you pull a needle out of your arm after shooting up, some blood gets in the syringe, and to clean it out, you squirt it.

So they squirted the walls and the ceiling a lot. Shhhhtick...blood on the ceiling, blood on the walls, just good drops, like if you took a squirt gun and just shot water up there. This went on for a long time. It wasn't all red, just big ugly brown stains, but a lot of times there would be fresh red stuff. Then it would drip on the table or on the floor, where they'd throw their cotton balls. Such degradation.

Sin is like that. We justify and justify and have reason after reason why it's okay...but when we look back at it, it kind of makes us sick.

Truth is...it's amazing the uncool stuff we do that we think is cool when we're in the midst of doing it.


Whether or not you admire the Fab Four from Liverpool, the following quote from The Beatles: The Ultimate Album-by-Album Guide, Special Rolling Stone Edition, edited by Jann Wenner, illustrates an important truth. 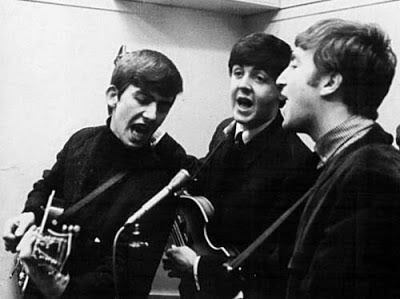 At 10 in the morning on February 11th, 1963, the Beatles...gathered at Abbey Road studios in London to make a debut album. Twelve hours later, they'd done it. Of all the astonishing things about the album Please Please Me - and there are many - the most impressive may simply be the quick-and-dirty haste with which it was recorded.

In 2011, it can take a band a dozen hours to mic the kick drum. But in a single long day...the Beatles laid down 10 songs for their album, including some of their most indelible early performances: "I Saw Her Standing There," "Do You Want to Know a Secret," "Baby, It's You." The day's work wrapped up, sometime around 10:45, with a shirtless John Lennon roaring himself hoarse through two takes of "Twist and Shout." "It was amazingly cheap, no messing, just a massive effort from us," Paul McCartney later recalled. "At the end of the day, you had your album."

The session was a testament to the Beatles' warhorse durability - grinding out song after song, take after take, with unflagging adrenaline. ...

Finally, just around 10 p.m., the Beatles had completed nine songs. No one was sure what to do for the final number. Someone suggested the Isley Brothers' "Twist and Shout," a barn-burning fixture of the Beatles' live act, with Lennon on lead vocals. Lennon was suffering from a cold; after 12 straight hours of singing, his voice was nearly shot. But he decided to give it a try. He sucked on a couple of throat lozenges, gargled a glass of milk, and headed onto the studio floor. Two takes later, the album was a wrap.

"The last song nearly killed me," Lennon said years later. "Every time I swallowed it was like sandpaper. I was always bitterly ashamed of it, because I could sing it better than that; but now it doesn't bother me. You can hear that I'm just a frantic guy doing his best."

Even when frantic, the Beatles' best was awfully good. Please Please Me is now considered a landmark. It captures the group at its scruffiest and most "bar band" - it is a document, as Lennon once said, of the Beatles before they were "the 'clever' Beatles." As their career took off, the Beatles got artier, more sophisticated, more visionary. But they were never purer than on Please Please Me.