Speaking of the television series Blue Bloods, and we were doing just that just two weeks ago, an episode Beloved and I watched recently included the oldest grandchild of NYC's police commissioner encouraging her grandpa by reading the following manly-man quote from Teddy Roosevelt. 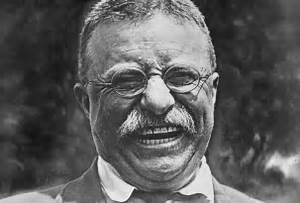 “It is not the critic who counts; not the man who points out how the strong man stumbles, or where the doer of deeds could have done them better. The credit belongs to the man who is actually in the arena, whose face is marred by dust and sweat and blood; who strives valiantly; who errs, who comes short again and again, because there is no effort without error and shortcoming; but who does actually strive to do the deeds; who knows great enthusiasms, the great devotions; who spends himself in a worthy cause; who at the best knows in the end the triumph of high achievement, and who at the worst, if he fails, at least fails while daring greatly, so that his place shall never be with those cold and timid souls who neither know victory nor defeat.”

Truth is...in these days when people posture and complain and protest at the drop of a hat; when we think we know the facts of a matter when as a matter of fact we have only been reading a Twitter feed; when The Freedom of Speech is defended only for those who agree with me; it seems this quote is as timeless as it is tough.

Still More From My Purpose-Driven Journal


Fifth in a series: Rick Warren (from The Purpose-Driven Life) and me on church...

"Here are seven biblical steps to restoring fellowship:
Talk to God before talking to the person.
Always take the initiative.
Sympathize with their feeling.
Confess my part of the conflict.
Attack the problem, not the person.
Cooperate as much as possible.
Emphasize reconciliation, not resolution."  -  In other words, the relationship is far more important than the issue at hand.

"The Trinity is unified and God wants us to be unified, too. Our heavenly Father, like every parent, enjoys watching his children get along with each other. Jesus, in his final moments before being arrested, prayed passionately for our unity. And the Holy Spirit is the one who unites us in love."  -  So, if I find myself saying something that emphasizes any disunity, I should stop talking. Rather than point out bones of contention, I should focus on the strengths.

"Nothing is more valuable to God than his church. He paid the highest price for it, and it is worth protecting. Part of your responsibility as a believer is to protect the unity where you fellowship. You need to think of yourself as an agent of unity, commissioned by Jesus Christ to promote and preserve the fellowship among believers."  -  Wow! Imagine what a church would be like if every member saw it as his/her priority to promote and preserve unity. [As it is, most of us just want a church that "meets my needs." Hmm...kind of like the difference between infatuation and love.]

Truth is..."Sometimes you'll have to do what's best for the body, not yourself, showing preference to others. That's one reason God puts us in a church family - to learn unselfishness."


Lio is one strange kid.

GoComics.com has an accurate description of the comic strip, Lio: The world of Lio is filled with the extraordinary - monsters under the bed, wild reptile pets, robot inventions, weird science - but it's all commonplace for this most uncommon first-grader. Mark Tatulli renders this pantomime strip in pen-and-ink style, giving the artwork a dark, spidery feel to match the strip's dark humor. Lio explores the twisted realm of a kid's imagination - at once bizarre, creepy, and fun.

And in a recent Sunday installment, you could add Good Example to the list of descriptors. It starts with a television set that seems to have become self-aware...and very, very honest. 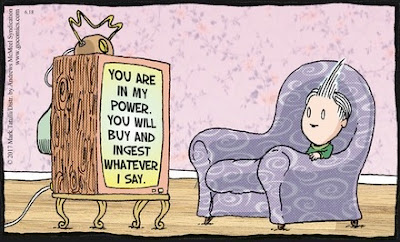 And then little Lio shows amazing maturity in how he responds to this Truth. 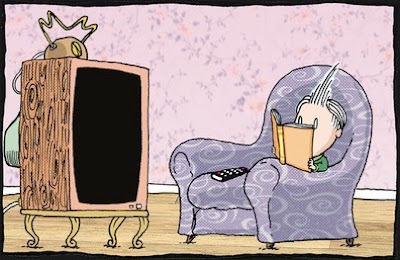 Truth is...even with the lack of advertisements on Netflix, it's a little disingenuous for me to hold this up as a good example when I'm typing this between binged episodes of Blue Bloods.

More From My Purpose-Driven Journal

"Since God is love, the most important lesson he wants you to learn on earth is how to love. It is in loving that we are most like him, so love is the foundation of every command he's given us. God wants us to love everyone, but he is particularly concerned that we learn to love others in his family. This is the second purpose of your life and it's called fellowship. Jesus said our love for each other is our greatest witness to the world."  -  This is how men will know we are Christ's disciples: if we love one another. If I have not love, I am a crashing cymbal (and quite possibly, a crashing symbol.) 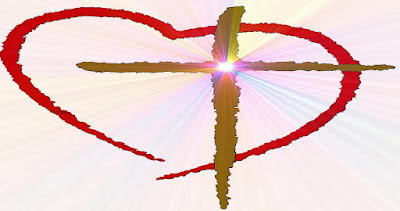 "The local church is the classroom for learning how to get along in God's family. It is a lab for practicing love. Only in regular contact with ordinary, imperfect believers can we learn real fellowship, and experience the New Testament truth of being connected and dependent on each other."  -  How sad when people throw a hissy-fit and leave a church - either to go somewhere else or nowhere at all. They don't learn anything.

"Jesus summarized what matters most to God in two statements: love God and love people."  -  Faith, hope, and love remain, but the greatest of these is love. Why? Because it's the only one of the three attributes that we share with God.
Does God have faith? If so, in whom or in what? No - God is the object of our faith and He does not exercise faith Himself.
Does God hope? No - He stands outside of time and knows the end of all things. There is no need for hope. In fact, we will not hope when we get to heaven. There, all our hopes will be realized; the time for hoping will be over.
But love? Ah - there is the one eternal attribute that not only we will always practice, but so will God.