God is NOT in Control


Sorry to break the news to you, but contrary to several songs and a lot of bumper-sticker theology, everything does NOT happen for a reason, and God is NOT in control of everything.

I could be justified in coming to this conclusion just from the empirical evidence of the daily news. If God actually controlled everything that happened, would there be school shootings? Would rape ever happen? Would the Kardashians ever have become pop culture royalty? (Sorry, my humor DNA just kicked in.) 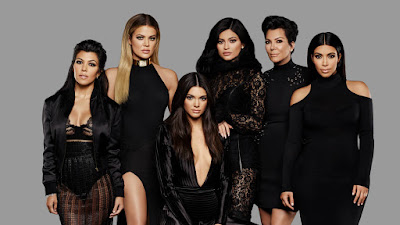 But I didn't want to depend just on human logic for something like this, so I went to BibleGateway.com and did some scriptural research.

The word "control" appears 39 times in the New International Version of the Bible. (That includes instances of "self-control" and other words that contain those seven letters in that order.) Of those 39 occurrences, only four have any connection to a non-human entity.

Job 37:15 "Do you know how God controls the clouds and makes his lightning flash?"
-  This is part of an epic poem. There is no reason to take these words literally and imagine God in some kind of cosmic control booth pushing buttons and operating levers to determine when lightning strikes or where clouds travel.

Philippians 3:20-21 "But our citizenship is in heaven. And we eagerly await a Savior from there, the Lord Jesus Christ, who, by the power that enables him to bring everything under his control, will transform our lowly bodies so that they will be like his glorious body."
-  Seems like this is talking about the end of life as we know it...that part of the grand opening of heaven and eternal life will be God finally bringing everything under His control, including even what kind of bodies we have.

Revelation 16:8-9 "The fourth angel poured out his bowl on the sun, and the sun was allowed to scorch people with fire. They were seared by the intense heat and they cursed the name of God, who had control over these plagues, but they refused to repent and glorify him."
-  Again, more end-times language, and definitely not implying that God is currently in control of everything that happens on the planet.

And I've saved what is, no doubt, the most surprising verse for last:

1 John 5:19 "We know that we are children of God and that the whole world is under the control of the evil one."
-  Here it is: the one verse that says anything definitive about Earth being under the control of a spiritual being, and it gives that title to The Evil One / Lucifer / Sataaaaan. The good news is, the commentaries I've read say this verse is more about emphasizing the distinctiveness of Christians compared to those who don't follow Christ than it is making a firm statement about who/what controls everything that happens. In fact, in several other English translations, the word "control" isn't even used.

Truth is...none of this is meant to imply that God isn't in charge. He still causes all things to work out for the good of those who love Him (Romans 8:28), and Jesus still has all authority in heaven and on earth (Matthew 28:18). But Yahweh is not some big puppetmaster in the sky. Bad things happen because humans have chosen to do their own thing instead of God's thing.

Bonus Truth...It seems that those who choose to either disbelieve in God or be mad at Him for not stopping things like mass shootings are the same people who would never want their actions being controlled by Him.


Why are diamonds so valuable? Because people say they are.

Sure, sure...you can discuss the difficulty of acquiring diamonds compared to copper or quartz, but the only reason anyone goes to the trouble (beyond industrial uses like drill bits) is because someone somewhere decided that this particular mineral was more beautiful-desirable-valuable than another.

What we deem valuable makes a difference. 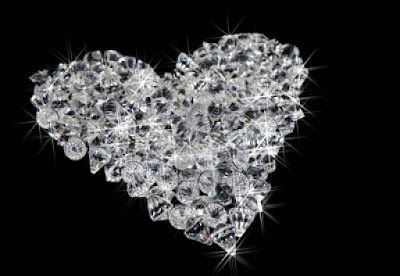 Larry Norman's song Diamonds touches on the difference between intrinsic value and conferred value. It's all of 98 seconds long (and really, is more of an introduction to the next song on the album than an actual song of its own), but still packs a wallop.

Truth is...What good is it for someone to gain the whole world, yet forfeit their soul? Or what can anyone give in exchange for their soul? (Mark 8:36-37 NIV)

How to Build a Balance in Your Emotional Piggy Bank


Though the following excerpt is from a book titled Awkward (by Ty Tashiro, PhD), it's truth can be some good advice and an encouragement to us all. 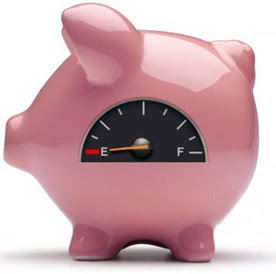 John Gottman of the University of Washington and his colleagues have conducted observational studies of positive and negative behaviors with married couples and grade-school children for decades. The focus of many relationship scientists has been on negative behaviors such as resentment or withdrawing from con­flict, but the trick to understanding interpersonal behavior is about the ratio of negative to positive behaviors. It turns out that positive behaviors can be as small as telling someone he looks handsome, attentively listening to a friend's small triumph of the day, or sur­prising a coworker with her favorite cupcakes.

Gottman has found that people keep an informal count of be­haviors. He calls this ratio of positive to negative behaviors an emo­tional bank account. To stay in good standing with others, people need to keep a balance of about four or five positive behaviors to every one negative behavior. Imagine that you do four good things during an interaction with a friend: give an enthusiastic greeting, compliment his outfit, share some french fries, and respond empathically to a concern. Then you inadvertently insult this friend by forgetting that today is his birthday. You would probably come out of this interaction with $0.00 in your emotional bank account with him, which is not bad considering that you could have left the interaction in the red had you not been so nice at the start of the interaction. It's good to think about leaving interactions with­out a negative balance because people's emotional bank accounts charge interest.

Gottman finds that negative balances are not wiped from other people's minds at the end of the day, but instead carry over to your next interaction. This is bad news if you end the day in the red with someone, but good news if you end the day with money in the bank. When people leave interactions with a negative balance, it has a way of building corrosive resentment in others' minds, which essentially adds interest to their emotional debt. The good news is that leaving interactions with a positive balance tends to build trust, which is like gaining interest on your deposit.

One strategy is to avoid mistakes, but a focus on trying not to make a mistake has a way of creating persistent anxiety, which is both unpleasant and unhelpful. The best way to leverage the con­cept of the emotional bank account is to commit to making small deposits of positive behaviors on a consistent basis. Instead of viewing the dozens of social situations and hundreds of cues that one encounters every day as an opportunity for failure, the mind­set shifts to capitalizing on routine situations by contributing a little more than expected. Sometimes others view heroic efforts as a disproportionately large contribution, but typically positive efforts both big and small have about the same effect.

When you become the kind of person who first thinks about how to help people rather than how to get something from people, it builds a positive balance in your emotional bank account with others. Over time, that positive balance begins to build trust and eventually faith that you are a good-natured person. The key is to be subtle about your contributions. Most people feel tremen­dous gratitude when their grandparents slip a ten-dollar bill into their birthday card, but if their grandparents slipped a check for $10,000 into their birthday card, it would actually feel awkward for most people. Subtle deposits could be as small as being more specific when you say thank you or letting others go first when a line forms at a buffet. As a supplement to face-to-face deposits, it's easier than ever to make 'mobile deposits' through a kind text the day of someone's big test or a follow-up message after dinner to say, 'That was fun, thanks for getting together.'

The reality is that awkward people are more likely to make small withdrawals from their emotional bank accounts with others because they are prone to mishandling minor social expectations. Awkward people may not notice that their large backpack swung into their friend's head as they turned to sit down on the bus or they may accidentally disclose the surprise birthday party to the birthday boy. These awkward moments are done without premed­itation or malice, but they are still negative and even if people do not say anything, their automated mental accounting system deducts a little bit from the emotional bank account.

These unexpected or accidental withdrawals make it impera­tive that awkward individuals make a concerted effort to maintain a positive balance through consistently making small deposits that move their balance farther to the positive side in others' minds. It's like contributing a little bit every month for social insurance.


Awkward individuals should not let their clumsiness with minor social expectations define them. As both awkward and non­awkward people get older, most of them will care less about surface qualities and instead evaluate people on their willingness to be fair, be kind, and be loyal. So long as good people feel as if you are trying your best to consistently contribute, then they are willing to overlook a little awkwardness. Whether it's a commitment to a familial relationship, friendship, or romantic relationship, when awkward people make sure that they find a way to contribute to the broader good, it is the best strategy for creating sustainable social capital.

Truth is...seems that whole "do unto others" Golden Rule thing is a pretty good idea, eh?
Posted by Dewey at 7:07 AM 1 comment:


As part of the 2013 Oscars festivities, comedian-writer-actor-banjoist Steve Martin was given the honorary Governors Award in recognition of his decades-long body of work.

Tom Hanks presented the award, along with a fittingly humorous and complimentary speech, then turned the lectern over to the honoree himself. 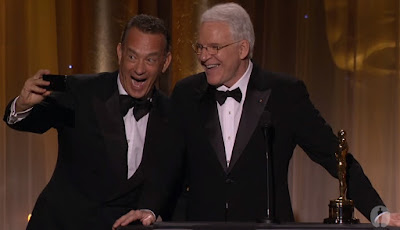 As you would expect, Martin's acceptance speech was pretty funny (and you can enjoy all eight minutes of it by clicking below), but toward the end, he made a sincere declaration of one of the things he's most thankful for:


Working in the movies has also brought something  -  an amazing gift  -  that has accumulated through these decades of filmmaking that cannot be matched. Something wonderful and magical. And its impact on my life is profound: friends. Fascinating, funny, and lifelong. Many of them are here in this room tonight. So thank you, movies, and thank you, Academy, for this award and a glorious reminder of the true benefit that I have received.

Truth is...aside from the forgiving love of Jesus and my wife and children, there are few things in this life that I am anywhere NEAR as thankful for as for those fascinating, funny, and lifelong friends that I've been blessed to accumulate.


If you're in the mood for a banjo-tinged lament full of end-times imagery, then you're ready for the third song on the second side of Larry Norman's In Another Land. 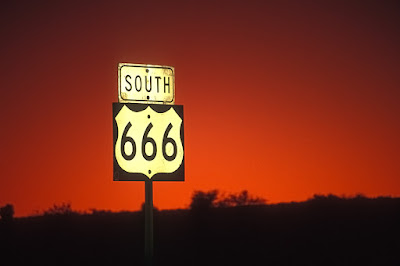 We served at his table and slept on the floor
But he starved us and beat us and nailed us to the door
Well I'm ready to die, I can't take any more
And I'm sick of his lies and his tricks

Truth is...for me, this song doesn't express any real meaning as much as it evokes a feeling. I listen to it and, like the apostle John, start longing for that place Jesus went to prepare for us (John 14:1-3). "Amen. Come, Lord Jesus." (Revelation 22:20)