The Mel Gibson movie, Braveheart, is the fictionalized account of William Wallace's fight for Scottish freedom from England, around the turn of the 14th century.

Scotland considered Wallace a brave knight and an inspiring example of patriotism and selfless service. England, on the other hand, branded him as a murdering outlaw and a traitor. 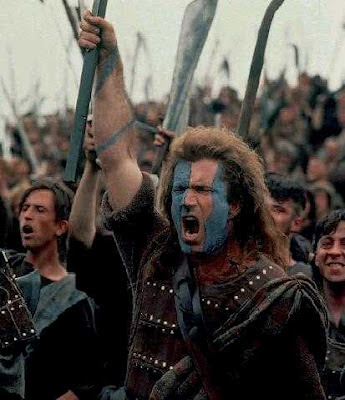 The climactic scene of the film finds Wallace, as portrayed by Gibson, captured by the British and facing death. He is tied down to a table, arms outstretched as if on a cross, while undergoing unspeakable torture at the hands of an expert.

William Wallace gathers the last bit of breath he can possibly muster and screams out in a voice full of conviction. He screams out the one word that had motivated him through years of battles: "Freedom!"

Jesus was spread out and tortured as well. And while His sacrifice did indeed make mercy toward us possible, it also, and perhaps more importantly, provided for our freedom from the tyrannical rule of sin over our hearts.

Truth is...we are not only forgiven. We are free.

A Month's Worth of Mullins


Fifteen years ago tomorrow, an unsuspecting world awoke on that Sunday morning to the news that Rich Mullins, Contemporary Christian singer/songwriter, had been killed in a crash on an Illinois highway. He was probably best known for having written the song Awesome God, but let me share some other quotes, musical and not, for your edification and, perhaps, growth. 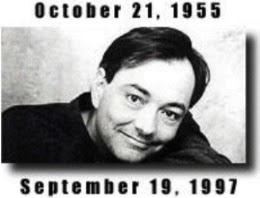 1: ♪♫♫♪♪♫ Save me from slick pop sounds laid down in virgin vinyl grooves. Save me from any woman who’d be turned on by the aftershave I use. Save me from trendy religion that makes cheap clichés out of timeless truths.

4: It used to be really popular to wear little buttons…that said, “Smile, God Loves You.” And that would always hack me off, ‘cause I go, “You know what? God loves everybody. That doesn’t make me special. It just means that God has no taste.”

6: At the Y today, this one guy…talked a little bitterly about how I seem to have it so good. I suppose I do….I think I would envy me too, if I didn’t know me better

7: ♪♫♫♪♪♫ There’s a loyalty that’s deeper than mere sentiment, and a music higher than the songs that I can sing. The stuff of earth competes for the allegiance I owe only to the giver of all good things

8: I think a lot of American people are infatuated with God, but we don't really love Him, and they don't really let Him love them. Being loved by God is one of the most painful things in the world, it's also the only thing that can bring us salvation and it's like everything else that is really wonderful: there's a little bit of pain in it.

10: You can never get so healthy that you don’t have to continue to eat right. Because every day I have to make the right choice about what I eat and how much exercise I need. Spiritually we’re in much the same place.

11: ♪♫♫♪♪♫ Well the Lord said “let there be” and there was, on the earth below and in the sky above. Then he knocked off work ‘cause it was Friday night; come Saturday morning everything was just alright

12: Sometimes it concerns me, the number of people who can quote my songs…but they can’t quote Scripture—as if anything a musician might have to say would be worth listening to….If you want entertainment, I suggest Christian entertainment, because I think it’s good. But if you want spiritual nourishment, I suggest you go to church or read your Bible.

14: The Bible is not a book for the faint of heart—it is a book full of all the greed and glory and violence and tenderness and sex and betrayal that befits mankind….It does not give us answers fitted to our small-minded questions, but truth that goes beyond what we even know to ask.

15: ♪♫♫♪♪♫ You never know who God is gonna use; a princess or a baby…or maybe even you or me

20: If you give a tithe, you get rid of ten percent of the root of all evil. You should be giving ninety percent, ‘cause God can handle money better than we can.

21: ♪♫♫♪♪♫ Sometimes I think of Abraham, how one star he saw had been lit for me. He was a stranger in this land and I am that, no less than he

22: When I started writing songs, I thought you had to say everything that you knew in every song. You can always tell a young writer because they always do that. And you just kind of go, "OK, I know all about your theology, but I have no interest at all in your song."

24: Never forget what Jesus did for you. Never take lightly what it cost Him. And never assume that if it cost Him His very life, that it won't also cost you yours

25: ♪♫♫♪♪♫ I’d rather fight you for something I don’t really want than to take what you give that I need

27: ♪♫♫♪♪♫ I will be my brother's keeper, not the one who judges him. I won't despise him for his weakness. I won't regard him for his strength

29: ♪♫♫♪♪♫ The hope of the whole world rests on the shoulders of a homeless man

30: So go out and live real good and I promise you'll get beat up real bad. But, in a little while after you're dead, you'll be rotted away anyway. It's not gonna matter if you have a few scars. It will matter if you didn't live.


Apparently, one can fool most of the people all of the time, according to this quote from FOOLING HOUDINI: Magicians, Mentalists, Math Geeks, and the Hidden Powers of the Mind by Alex Stone. 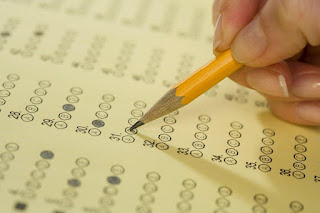 In 1948 the American psychologist Bertram Forer conducted an experiment in which he administered a personality test, called the Diagnostic Interest Bank, to a group of thirty-nine college students. A week after conducting the survey, he handed each student a personality description that was supposedly based on the data he'd collected. The students were then asked to rate the accuracy of their profiles on a scale of zero to five, with five being a perfect match and zero being poor. The results were impressive. The average score was a 4.26, meaning that a majority of the students thought the personality descriptions were spot-on. Only 12.8 percent of the students ranked their profiles below a 4.0 ("very accurate"), and none scored theirs lower than 2.0 ("average"). Typical responses from the students included statements such as:


- Surprisingly accurate and specific.- On the nose!- Very good. I wish you had said more.- Applies to me individually, as there are too many facets which fit me too well to be a generalization.

The Diagnostic Interest Blank seemed to be a sharp tool indeed. Except for one thing: Forer never used it. In reality, he had scrapped the test and given every student identical "personality descriptions" that consisted of a list of generic statements lifted from a newsstand astrology book:

Forer had not unearthed some divine trove of universal truth at his local magazine store, but he had discovered a fascinating and surprisingly universal psychological principle, one that lies at the heart of every horoscope and palm reading and psychic divination, a multi-billion dollar industry in the United States alone. Forer's original result has been replicated dozens of times -- to this day, the average rating hovers around 4.2 -- and psychologists have since given a name to the astonishing eagerness with which people will embrace stock personality sketches as unique portraits. They call it the Barnum effect, after P. T. Barnum's favorite dictum, "We've got something for everyone."

Truth is...another quote, often attributed to Barnum but probably actually uttered by a David Hannum, might be more appropriate: There's a sucker born every minute.

Lessons from an Usher


I follow a blog by Christian musician, Carolyn Arends, titled Wrestling with Angels. In her own words, it's "where I park my Christianity Today columns and other pieces I've written."

In catching up on older posts, I found her piece from December 28, 2011, Lessons from an Usher, to be particularly profound. My favorite paragraph begins with "I don't generally hear the audible voice of God. But that particular afternoon, I could have sworn I heard a chuckle." 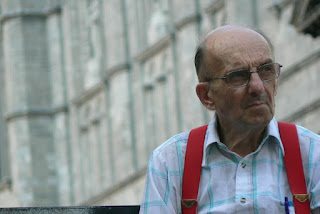 Truth is...I'm proud to pass on this bit of truth about humility.