In the early days of what is now called Contemporary Christian Music (but what was then known as Jesus Music), there was a rock band from Fort Wayne, Indiana (my stomping grounds) by the name of Petra. Bob Hartman and friends were true trailblazers and humbly walked in the minefield of "too rocky for church and too churchy for rock radio."

A popular concert song of theirs was not allowed on their first album because of the "controversial" title and lyric: "Killing my old man; you may not understand, he's a terrible man." 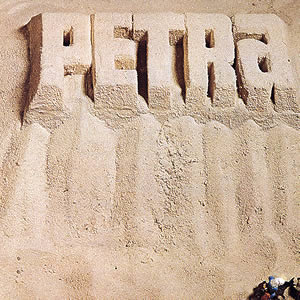 Petra wasn't recommending patricide, of course. They were putting to music a thought expressed by the apostle Paul in Romans 6:6..."For we know that our old self was crucified with [Christ] so that the body of sin might be done away with, that we should no longer be slaves to sin." (NIV)

The idea is, if I'm going to be a Jesus kind of person, I need to stop being a devilish kind of person, full of pride and Doing Things My Own Way. In the Aramaic Bible in Plain English's translation of Ephesians 4:22, Paul restates it like this: "You should put aside from you your first way of life, that old man, which is corrupted by deceitful desires."

Paul puts it even more plainly in Galatians 2:20: "I have been crucified with Christ." And that is exactly what Jesus meant when he said, "If anyone would come after me, he must deny himself and take up his cross and follow me." (Matthew 16:24, NIV)

Truth is...Tim Rice and Andrew Lloyd Webber had it right in Jesus Christ Superstar when they had Jesus singing, "To conquer death, you only have to die."

P.S.: "Killing My Old Man" made it onto a subsequent album ("Never Say Die"). Thanks to YouTube, here it is:


I try to avoid bumper-sticker theology. It is usually far too simplified to be of much use, and often is, at best, misleading. "God is my Co-Pilot" as an expression of one's dependence on Yahweh's guidance tends to put The Creator of the Universe in the wrong seat.

There are times, however, when a phrase shared in an email or an image posted on Facebook can really crystallize a concept and even generate meaningful thought.

Case in point: the following bit of wisdom... 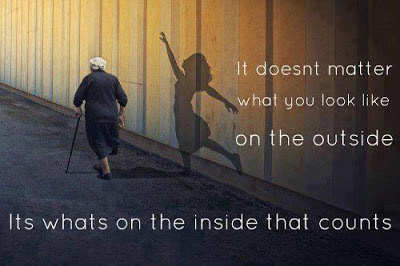 There is no doubt the intent (in spite of missing three apostrophes) is to encourage those who, in the world's eyes, are ugly, old, and utterly ignorable, and it serves that purpose well (much like Disney's Hunchback of Notre Dame). However, I realized there is another audience for which this message can be just as meaningful...if more of a challenge than an encouragement. Those who are young, beautiful, and talented need to know this message also.


Disney's The Hunchback of Notre Dame hammers home the message that it's not what's on the outside that matters, but what is in a person's heart.

While that's a bit of truth worth hanging on to, one of the songs in that film speaks some different words of truth that deserve some notice as well. The gypsy, Esmerelda, is taking sanctuary in the cathedral and sings of the plight of her people and others who are rejected by society.

While there is a discussion to be had about whether "we all [are] the children of God," my heart can't help but to beat in time with Esmerelda's desire for God's blessings on those who are ignored or abandoned by the looking-out-for-number-one masses.

Truth is...When Esmerelda asks "Were You once an outcast, too?", the answer is a definite "Yes." Jesus was an outcast, and he understands. ("He was despised and rejected by men; a man of sorrows and familiar with suffering. Like one from whom men hide their faces, he was despised, and we esteemed him not."  -  Isaiah 53:3  NIV)


In her later years, Shelly Winters (seen below, center, with several fellow cast members of The Poseidon Adventure) was most well-known as (1) being an outspoken guest on The Merv Griffin Show and other talkfests, and (2) not being particularly slender...ahem. 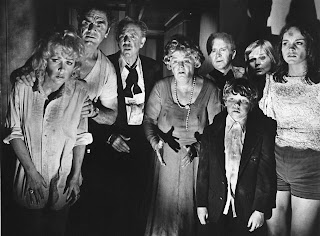 I ran across a quote from Ms. Winters that, while being fairly funny, has something to say about personal convictions, standards, and how we humans determine what is true:

I think onstage nudity is disgusting, shameful, and damaging to all things American. But if I were 22 with a great body, it would be artistic, tasteful, patriotic, and a progressive religious experience.