Pirates of the Caribbean: Curse of the Whole Human Race


In the first Pirates of the Caribbean film, The Curse of the Black Pearl, Captain Hector Barbossa explains the origin and nature of the titular curse:


Buried on an island of the dead, what cannot be found except for those who know where it is. Find it, we did. There be the chest...inside, be the gold. And we took them all! We spent 'em, and traded 'em, and frittered 'em away on drink and food and pleasurable company. The more we gave them away, the more we came to realize the drink would not satisfy, food turned to ash in our mouths, and all the pleasurable company in the world could not slake our lust. We are cursed men, Miss Turner. Compelled by greed, we were. But now, we are consumed by it. 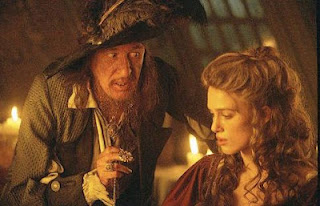 Are the fictional pirates being described really so very different from most of us on Planet Earth? We want, but don't have. We acquire, but things don't satisfy.

It reminds me of the oft-told tale of someone asking multimillionaire John D. Rockefeller how much money was enough. The story is told that he looked the inquirer in the eye and said, "Just a little more."

Truth is...If we find ourselves with a desire that nothing in this world can satisfy, the most probable explanation is that we were made for another world. (C. S. Lewis)

This Bible Verse Makes Me Sad


I was doing my almost daily Bible reading (thanks to Useful Breath) and found myself becoming sad as I read First Peter 4:14...copied here from the New American Standard Bible:


If you are reviled for the name of Christ, you are blessed, because the Spirit of glory and of God rests on you. 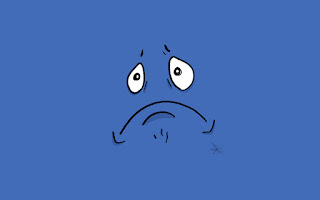 There are two kinds of people, in relation to this verse, that are the source of my slight case of the blues.

One...There are some people who fit in so well with The World, who blend in so seamlessly, they will never experience being "reviled for the name of Christ." If being Christlike were illegal (so far, so good), there would never be enough evidence to convict them.

Truth is...there's a balancing act to be done. Jesus never pulled any punches when it came to Truth, and yet people deeply immersed in the very sins He condemned were drawn to Him and loved to hear Him speak.


According to Inventing America, by Pauline Maier, Merritt Roe Smith, Alexander Keyssar, and Daniel J. Kevles, Henry Ford solved the problem of how to manufacture an automobile cheaply enough for the normal American to purchase one by standardizing the steps involved in assembly.  He used principles from Frederick Winslow Taylor's book, The Principles of Scientific Management, to basically turn his employees into cogs in his machine...each employee doing the same low-skill action over and over; at a rate determined by the moving conveyor system. 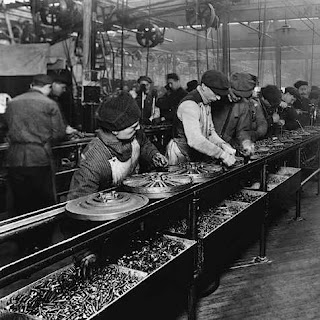 "Not surprisingly, most industrial workers resisted such schemes.  One worker at the Ford Motor Company com­plained that 'when the whistle blows he starts to jerk and when the whistle blows again he stops jerking.'  At Ford and elsewhere, a common response to the brutal intensification of work was absenteeism and high quit rates: in 1913, Ford's daily absentee rate was 10 percent, while annual turnover ex­ceeded 350 percent.  To reduce turnover, which was costly to the company, Ford doubled the daily wages of his most val­ued employees, to five dollars a day.  This strategy was successful in stabilizing the labor force and reducing operating costs."

I'm not sure why, but this all reminds me of a story attributed to W.C. Fields.  It seems Mr. Fields was dining with a woman and asked, "Tell me madam, would you sleep with me for a million dollars?"  The woman blushed and said she thought she would.  "Ah then," W.C. responded, "would you sleep with me for five dollars?"  She found that offensive: "Why sir!  What kind of woman do you think I am?"  Said W.C., "Oh, I think we've established what kind of woman you are.  Now we are just haggling over price."

Join the Club: Break This Rule


The paycheck that gets directly deposited into my checking account every two weeks is an acknowledgment of my work as a technical writer and editor. I mention that to point out that grammar and word usage are particular interests of mine.

With this knowledge firmly in your grasp, it should now come as no surprise to learn that I found the following quote from You Are What You Speak: Grammar Grouches, Language Laws, and the Politics of Identity, by Robert Lane Greene, to be particularly interesting. 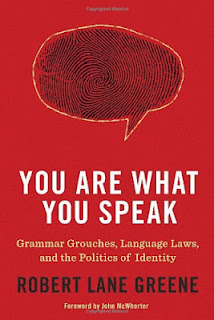 The answer will surprise even most English teachers: John Dryden, the seventeenth-century poet less well known as an early, influential stickler. In a 1672 essay, he criticized his literary predecessor Ben Jonson for writing "The bodies that these souls were frightened from." Why the prepositional bee in Dryden's syntactical bonnet? This pseudo-rule probably springs from the same source many others do: the classical languages. Dryden said he liked to compose in Latin and translate into English, as he valued the precision and clarity he believed Latin required of writers. The preposition-final construction is impossible in Latin. Hence: it is impossible in English. Confused by his logic? Linguists remain so to this day. But once Dryden proclaimed the rule, it made its way into the first generation of English usage books roughly a century later and thence into the minds of two hundred years of English teachers and copy editors.

The rule has no basis in clarity ("Who's that cake for?" is perfectly clear); history (it was made up from whole cloth); literary tradition (Shakespeare, Jane Austen, Samuel Johnson, Lord Byron, Henry Adams, Lewis Carroll, James Joyce, and dozens of other great writers have violated it); or purity (it isn't native to English but probably stolen from Latin; clause-final prepositions exist in English's cousin languages such as Danish and Icelandic). Many people know that the Dryden rule is nonsense. From the great usage-book writer Henry Fowler in the early twentieth century, usage experts began to caution readers to ignore it. The New York Times flouts it. The "rule" should be put to death, but it may never be. Even those who know it is ridiculous observe it for fear of annoying others.