U R Not the Boss of Me


Have you ever had a great idea that nobody else thought was great?

Don't feel bad. According to ADVOCACY: Championing Ideas and Influencing Others, by John A. Daly, you are in some pretty impressive company. 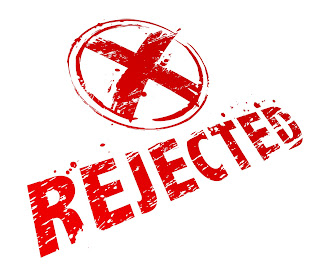 Business history is dotted with stories of opportunities lost because people within companies were unsuccessful in pitching their ideas. And those neglected opportunities were consequential. Competitors seized market share that could have been kept and increased if the good idea had been adopted. Take the minivan. Who came up with that idea — Chrysler? No. Ford engineers came up with that idea — they called it the van-wagon — but they couldn't convince management that customers would buy it. In fact, one executive who endorsed it, Hal Sperlich, was fired and went on to lead the effort at Chrysler, which then dominated the minivan world for many years. Ford lost out.

Companies unreceptive to advocacy efforts often discover that their brightest “idea people” leave in search of more hospitable homes elsewhere. Some of today's most successful companies were created by individuals who were unable to convince movers and shakers within their former organizations of the merits of their ideas.

Sam Walton, the founder of Walmart, started his career as a franchisee in the Ben Franklin chain of stores. Walton tried to convince the Ben Franklin executives that his model of buying directly from manufacturers and offering deep discounts would lead to incredible opportunities. They didn't listen, Walton implemented the idea himself, and Walmart became an international phenomenon.

Steve Wozniak, a co-founder of Apple Computers, was working at Hewlett Packard when he and Steve Jobs designed their first personal computer. Wozniak had signed a document at HP saying that whatever he designed as an employee belonged to HP. He said, “I loved [HP]. That was my company for life. So I approached HP .... Boy, did I make a pitch. I wanted them to do it. I had the Apple I, and I had a description of what the Apple II could do. I spoke of color. I described an $800 machine that ran BASIC (an early computer language), came out of the box fully built and talked to your home TV: And Hewlett-Packard found some reasons it couldn't be a Hewlett-Packard product.”

At first reading, you might think that the real issue in these cases is not advocacy but rather the unwillingness of companies to listen to gifted employees. You would be right. These organizations weren't attentive enough, and brilliant individuals jumped ship in search of more receptive audiences.

Truth is...what matters is not whether someone higher up the corporate ladder believes in you, but whether YOU believe in you.


I recently saw the Jim Gaffigan comedy special, Mr. Universe, and nearly busted a gut laughing. And then, surprise-surprise, was taken aback by some Truth hiding in the midst of the silliness. It shows up right around the six minute mark of this excerpt.

Fair warning: Wouldn't you know it? The two or three PG-13 words used in the 77-minute-long film make their only appearances in this nine-minute clip. If you're easily offended, you may want to skip the actual playing of the video.

Truth is...we've all got our own "McDonald's"; something we know it would be better not to indulge in but do anyway. So, instead of feeling superior because we don't have the other guy's issue, how about let's recognize that we're all clams in the same chowder and "be kind and compassionate to one another; forgiving each other, just as in Christ God forgave [us]." (Ephesians 4:32)


The innovative and highly-successful brewer, Adolphus Busch, has a little something to teach us in today's excerpt from LAST CALL: The Rise and Fall of Prohibition by Daniel Okrent. 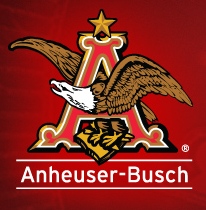 The youngest of twenty-one children of a prosperous Rhineland merchant, Adolphus Busch immigrated to the United States in 1857, went into the brewery supply business, and in 1861, at twenty-two, married Lilly Anheuser, the daughter of one of his customers. Adolphus soon took over the management of his father-in-law's company and in time appended his surname to it.

Busch was a genuine visionary. Where others saw brewing as a fairly straight-forward enterprise, he saw it as the core of a vertically integrated series of businesses. He built glass factories and ice plants. He acquired railway companies to ferry coal from mines he owned in Illinois to the vast Anheuser-Busch factory complex sprawled across seventy acres of St. Louis riverfront. (A local joke: St. Louis was “a large city on the [banks of the] Mississippi, located near the Anheuser-Busch plant.”) Busch got into the business of manufacturing refrigerated rail cars and truck bodies that could be used not just by breweries but also by such substantial customers as the Armour meatpacking company. He paid one million dollars for exclusive U.S. rights to a novel engine technology developed by his countryman Rudolf Diesel, and for $30,000 purchased the painting of Custer's Last Stand that, with the Anheuser-Busch logotype prominently appended, would soon grace the walls of thousands upon thousands of saloons. In 1875 Busch produced thirty-five thousand barrels of beer; by 1901, his annual output — primarily of a light lager named for the Bohemian town of Budweis — surpassed a million barrels.

Adolphus had a potent personal aura. He spoke five languages, built palaces for himself and his wife in St. Louis, Pasadena, Cooperstown, and Wiesbaden, and traveled in a style appropriate for the monarch he was. Whenever Adolphus and Lilly returned from a trip to their home at Number One Busch Place (situated on company property in St. Louis), brewery employees fired a cannon.

*  *  *  *  *  *  *
And then, after all his success and widespread respect in the brewing community and, indeed, around the world, Busch died in a sadly-appropriate manner...losing his life to cirrhosis of the liver.

Only YOU Can Prevent Forest Fires...But Maybe You Shouldn't

Smokey the Bear may have been steering us wrong for all these years, according to the following excerpt from COLLAPSE: How Societies Choose to Fail or Succeed, by Jared Diamond. 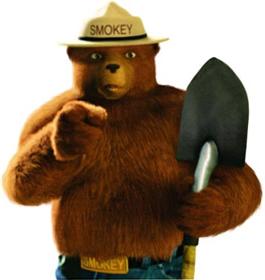 The U.S. Forest Service in the first decade of the 1900s adopted a policy of fire suppression (attempting to put out forest fires) for the obvious reasons that it didn't want valuable timber to go up in smoke, nor people's homes and lives to be threatened. The Forest Service's announced goal became, "Put out every forest fire by 10:00 A.M. on the morning after the day when it is first reported." Firefighters became much more successful at achieving that goal after World War II, thanks to the availability of firefighting planes, an expanded road system for sending in fire trucks, and improved firefighting technology. For a few decades after World War II, the annual acreage burnt decreased by 80 percent.

That happy situation began to change in the 1980s, due to the increasing frequency of large forest fires that were essentially impossible to extinguish unless rain and low winds combined to help. People began to realize that the U.S. federal government's fire suppression policy was contributing to those big fires, and that natural fires caused by lightning had previously played an important role in maintaining forest structure. ... Take the [Montana's] Bitterroot low-altitude Ponderosa Pine forest as an example. Historical records, plus counts of annual tree rings and datable fire scars on tree stumps, demonstrated that a Ponderosa Pine forest experiences a lightning-lit fire about once a decade under natural conditions (i.e., before fire suppression began around 1910 and became effective after 1945). The mature Ponderosa trees have bark two inches thick and are relatively resistant to fire, which instead burns out the understory of fire-sensitive Douglas Fir seedlings that have grown up since the last fire. But after only a decade's growth until the next fire, those seedlings are still too low for fire to spread from them into the crowns. Hence the fire remains confined to the ground and understory. As a result, many natural Ponderosa Pine forests have a park-like appearance, with low fuel loads, big trees well spaced apart, and a relatively clear understory.

Of course, though, loggers concentrated on removing those big, old, valuable, fire-resistant Ponderosa Pines, while fire suppression for decades let the understory fill up with Douglas Fir saplings that would in turn become valuable when full-grown. Tree densities increased from 30 to 200 trees per acre, the forest's fuel load increased by a factor of 6, and Congress repeatedly failed to appropriate money to thin out the saplings. Another human-related factor, sheep grazing in national forests, may also have played a major role by reducing understory grasses that would otherwise have fueled frequent low-intensity fires. When a fire finally does start in a sapling-choked forest, whether due to lightning or human carelessness or (regrettably often) intentional arson, the dense, tall saplings may become a ladder that allows the fire to jump into the crowns. The outcome is sometimes an unstoppable inferno in which flames shoot 400 feet into the air, leap from crown to crown across wide gaps, reach temperatures of 2,000 degrees Fahrenheit, kill the tree seed bank in the soil, and may be followed by mudslides and mass erosion.

Foresters now identify the biggest problem in managing western forests is what to do with those increased fuel loads that built up during the previous half-century of effective fire suppression. In the wetter eastern U.S., dead trees rot away more quickly than in the drier West, where more dead trees persist like giant matchsticks. In an ideal world, the Forest Service would manage and restore the forests, thin them out, and remove the dense understory by cutting or by controlled small fires. But that would cost over a thousand dollars per acre for the one hundred million acres of western U.S. forests, or a total of about $100 billion. No politician or voter wants to spend that kind of money. Even if the cost were lower, much of the public would be suspicious of such a proposal as just an excuse for resuming logging of their beautiful forest. Instead of a regular program of expenditures for maintaining our western forests in a less fire-susceptible condition, the federal government tolerates flammable forests and is forced to spend money unpredictably whenever a firefighting emergency arises: e.g., about $1.6 billion to fight the summer 2000 forest fires that burned 10,000 square miles.


My bride, who I call Beloved, was going through some old boxes and drawers and found an I.D. bracelet she was given on her tenth birthday. Identification bracelets were All The Rage in the late Sixties and early Seventies, and Beloved had made it abundantly clear that she wanted one with her name engraved on it.

Apparently, my father-in-law-to-be found the cash to purchase a bracelet, but couldn't bring himself to pay extra for the engraving, so he did it himself with whatever tool he had in his workshop.

At the time, you can be sure that Beloved's "Thanks, Daddy" was less than enthusiastic as she looked at her hand-scrawled name...but this morning, four months away from being fifteen years after her father's death, there's not a keepsake that comes anywhere close to being more precious.

Truth is...the passage of time and the changing circumstances of life certainly do affect the value of things.