Just because someone sings a song in the first person doesn't mean the singer is being autobiographical.

That shouldn't be a shocking revelation, considering all the songs out there that are basically Jesus singing: "Rise Again" by Dallas Holm, "That Where I Am There You May Also Be" by Rich Mullins, etc.

But there are other songs where the singer being the voice for someone else isn't quite as obvious. Case in point, "The Winner (High Card)" by Randy Stonehill. It's the third song on the Welcome to Paradise album, which means it's still on the side expressing the lostness and searching of the human condition without Christ. 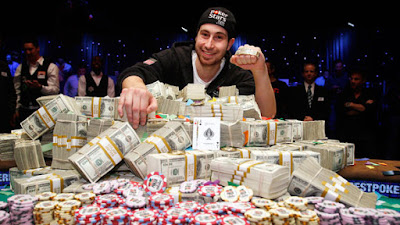 I'm an owner, a loaner
a master at the game
I've got that golden Midas touch
and people know my name
There were times I held the low cards baby
Well I knew they weren't enough
But I just kept my poker face
and won it on the bluff

Truth is...[From Stonehill's liner notes for the 25th anniversary CD] I told [Jim Steele] I wanted to write a song about the carnal counterfeit version of success that a dark world often uses to seduce our hungry hearts...and Jim jump-started the lyric singing, "I'm an owner, a loaner, the man who's in control." I said, "Yep, that's the right approach! If we write a preachy song about what an empty lifestyle being a corporate carnivore is, it will be much easier for people to ignore. Let's write it from the 'first-person perspective' instead. Let's tell the story through the eyes of the hollow victor. That way, the lie is exposed by the tongue of its' victim!"


Exodus 10:1-17 is where a person can find what we've come to call The Ten Commandments. Through several centuries, they've been respected as a good way to live your life, whether you particularly believe in God or not.

In an effort to get them off the page and into our lives, allow me to offer them in a more-understandable format than the traditional Thou Shalt Nots. 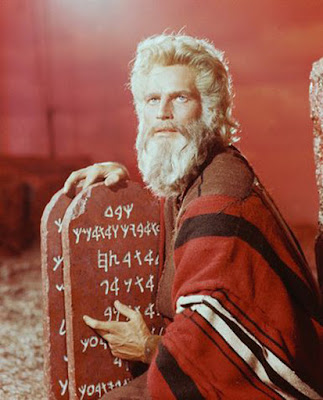 2.  Accept no substitutes or representations. Why? Because not only am I "jealous" and do I inflict judgment (x4), but I am also abundantly merciful and loving (x1,000).

3.  Don't use my name lightly, frivolously, or in making false affirmations.

4.  Honor and trust me by resting one day a week. Keep that day set apart for my purposes in you.

5.  Treat your parents with all due obedience and courtesy.

9. Don't tell lies about anyone.

10.  Don't jealously desire what someone else has.

Truth is...It really is as simple as that. And yet, even with just this short list, we still find ourselves in desperate need of a savior. This Thanksgiving, I choose to be thankful that Yahweh met that desperate need.
Posted by Dewey at 10:07 PM No comments:

Does God Need Me?


The 17th chapter of Exodus has a couple incidents in it that might make those who emphasize the sovereignty...the total self-sufficiency and omnipotence...of God come up short.

In verses one through seven, the former slaves are apparently taken by surprise that walking through the desert results in them getting thirsty, so they whine and complain and tell Moses to give them some water...as if he's keeping a tanker truck full of liquid refreshment all to himself.

Acting on orders from Yahweh, Moses stands in front of everybody and hits a rock with his staff...a rock which then pours out enough water to quench the thirst of the million or so grumblers. 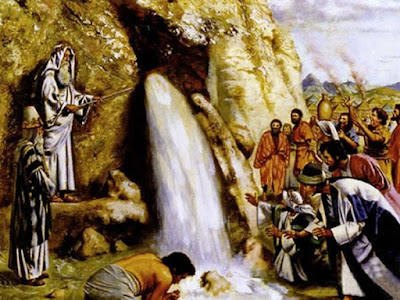 Then, in verses eight through thirteen, the Israelites and the Amalekites do battle, but the Israelites only do well when Moses' hands are raised. If he gets tired and lowers his arms, the Amalekites start gaining the advantage. Eventually, Aaron and Hur stand on either side of Moses while he sits so he can rest his upstretched hands on them and the army of Israel prevails.

Now...could God have provided water without the theatrics of Moses hitting a rock? Could Yahweh have given the army of Israel a victory without Aaron and Hur holding up Moses' hands?

OF COURSE HE COULD HAVE.

Truth is...I am currently in the midst of a job transition and wondering what door the Lord might be opening for me. I am searching and praying and hoping that I'll soon get hired so I can keep buying groceries and making the mortgage payments.

With that in mind, I think you can understand how the words I wrote in my journal back on April 16, 2002 in response to Exodus 17 are particularly impactful for me today:


For some reason, God chose to do His mighty acts through Moses, rather than personally. (What kind of acts do You want to do through me, Lord?)

If The Eagles Loved Jesus: Keep Me Runnin'


I'm not sure I particularly agree with the second song on Randy Stonehill's classic album, Welcome to Paradise, but man...it sounds so good.

Maybe the reason "Keep Me Runnin'" is so musically pleasing is because Randy wrote it in an attempt to sound like the Eagles. He actually asked himself "Now if Glenn Frey and Don Henley were Christians, what kind of song would they write?" 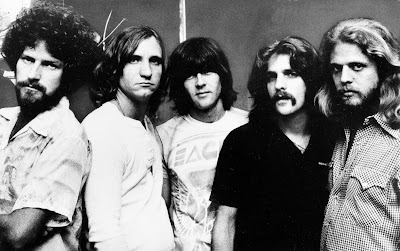 Keep me runnin', keep me coverin' up my tracks
Keep me runnin' so I'm always looking back
Always restless in my dreams
And trouble's never too far behind it seems

Truth is...this song is on the "Paradise Lost" side of the album and is meant to evoke "the tension and turmoil of the human heart in flight from all of life's shadows and the spiritual warfare in our souls" (Randy Stonehill in the 25th-anniversary liner notes). So of course I don't "particularly agree with" it...I mean, it's true for what it's meant to do, but the deeper, "truer" truth is that Jesus takes care of all of that turmoil: "Come to me, all you who are weary and burdened, and I will give you rest." (Matthew 11:28)