Do I Amaze Jesus?

In the sixth chapter of Mark's gospel, there are two uses of the word amazed that caught my attention.

The first is in verse two and doesn't come as a surprise at all:

When the Sabbath came, [Jesus] began to teach in the synagogue, and many who heard him were amazed. “Where did this man get these things?” they asked. “What’s this wisdom that has been given him? What are these remarkable miracles he is performing?"

Well, who wouldn't be amazed at the things Jesus said and the things Jesus did? The Scriptures were being brought to life and personally applied in ways never heard before. Cripples were walking; the blind could see; the deaf could hear!

True, the source of their amazement was that they couldn't fathom how all this wisdom and all these miracles they had heard about could be springing forth from a local boy they had known simply as "the carpenter's son."

Honestly, that might be connected just a little to the surprising second usage of amazed, found in verse six:

[Jesus] was amazed at their lack of faith. 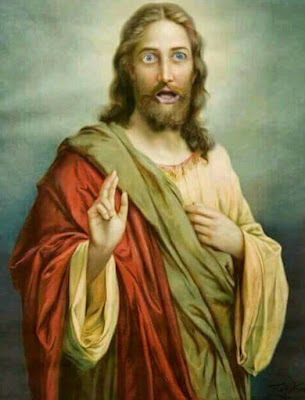 Well, who wouldn't be amazed at anyone who had heard what they heard and seen what they had seen and yet didn't believe?

But the story isn't over. In Mark's very next paragraph, he tells us how Jesus gave the twelve disciples an opportunity to put their faith into practice. Because you see, it's one thing to say you believe something and another thing to actually take action in alignment with that faith:

Calling the Twelve to him, he began to send them out two by two and gave them authority over impure spirits. These were his instructions: “Take nothing for the journey except a staff — no bread, no bag, no money in your belts. Wear sandals but not an extra shirt. Whenever you enter a house, stay there until you leave that town. And if any place will not welcome you or listen to you, leave that place and shake the dust off your feet as a testimony against them.”

They went out and preached that people should repent. They drove out many demons and anointed many sick people with oil and healed them.

Truth is...The story still isn't over. I say I believe in Jesus, but do I really have the faith to think the Holy Spirit could work through me the way the Spirit worked through him?

I know one can't believe everything that gets posted on social media, but I have no reason to believe my son would lie about the results of a recent poll.

We don't know who was polled or what the exact questions were, but the published findings state that 60% of self-proclaimed, born-again American Christians between the ages of 18 and 39 believe that Buddha, Muhammed, and Jesus are all valid paths to salvation.

Make no mistake, all religions do not teach the same thing, being sincere is not the same thing as being right, and all paths do not lead to the same place.

Acts 4:10-12  -  Know this, you and all the people of Israel: It is by the name of Jesus Christ of Nazareth, whom you crucified but whom God raised from the dead, that this man stands before you healed. [Jesus] is 'the stone you builders rejected, which has become the capstone.' Salvation is found in no one else, for there is no other name under heaven given to men by which we must be saved. 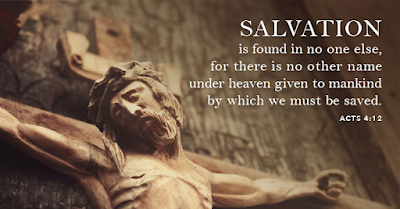 That's what Peter said and that's what all true Christians must say.

Buddha did not sacrifice his body on a Roman cross.

Muhammed did not shed his blood to purify us from our sin.

Philosophers and philanthropists cannot transform us into representatives of righteousness.

Truth is...this kind of non-pluralistic message sounds narrow-minded and exclusive to the modern ear. But it is actually as expansive and all-inclusive as "whosoever will may come."

How I Learned that Forgiveness Benefits the Forgiver

I was fired from my first youth ministry position.

Now, if you were a member of that church and you just read that sentence and you thought, "I thought you resigned," you would not be alone. Back in those days, when the leadership wanted a pastor to be gone, they allowed the pastor to tender a resignation. This allowed the departing pastor to avoid the stigma of Being Fired.

I survived the trauma, obviously, and went on to serve at three other churches before putting lock-ins permanently in my past.

The thing is, the one elder who was most responsible for my departure from that first ministry position stuck in my mind. Any time I heard a sermon or lesson about our need to forgive one another, my thoughts turned to him. It even got to the point where I couldn't enjoy the sitcom, Head of the Class, because one of the actors looked a lot like that one elder.

I finally realized that I was harboring a grudge against him and that I needed to heed the words of Jesus in Mark 11:25, "When you stand praying, if you hold anything against anyone, forgive them, so that your Father in heaven may forgive you your sins."

I needed to forgive the man or I would be carrying around a burden of bitterness the rest of my life.

So, I wrote him a letter that explained how I felt he had personally undermined my work with the youth and manipulated the board of elders into getting rid of me. But I also said that I believed he thought he was doing what was best for the church and that I was no longer going to harbor any ill will toward him.

His response acknowledged that he had received my letter and that he had heard I was doing well at my new church. There were no words of apology or regret...and that was just fine with me. 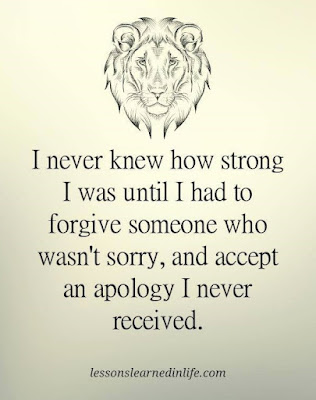 Truth is...once you've forgiven someone, they no longer hold any power over your personal peace or sense of worth.

Pray Where You Are

Have you ever listened to someone talk about something going on in their life, or read a particularly personal post on social media, and told the person you would pray for them?

Probably a pretty high percentage of people who read this blog can answer "Yes" to that.

Well...have you ever done that and then totally forgotten to ever actually...you know...pray for the person?

That would be one of my two definitions of "amenesia." (The other being when you pray for someone and then promptly forget about them or their need.)

In order to avoid promising to pray but then breaking that promise, I will usually stop whatever I'm doing and pray right then INSTEAD of promising to pray. In the context of a social media request for prayer, any comment I leave will be an actual prayer; not the words "I'm praying for you," but something that usually begins with "Father God...". 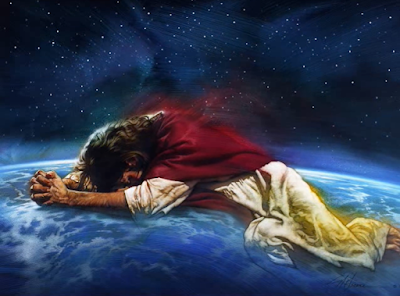 Truth is...while having a particular place and time set aside to talk with Yahweh is a good thing, let's not think that's the only time we can pray. I'm grateful for the following song by Lost Dogs, "Pray Where You Are." Make it so!