Bill Watterson's Calvin & Hobbes sometimes inspires me to be a better person. Consider the following Sunday strip that takes us through a typical day in the life of Calvin.

We begin with a rude literal awakening...followed by another intellectual one.

Then, a trio of gruffness...

Followed up with the denial of some simple pleasures... 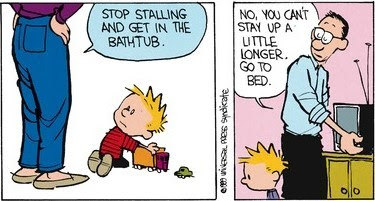 And capped off with a sad realization.

Truth is...I am called to be a purveyor of hope, not a dispenser of censure and limitations. May my contribution to someone's day bring about a smile instead of a sad sigh.

If you've ever found yourself trapped by your wrong choices, and then attacked by someone who you thought should be a comrade, this selection from Life Between the Tides by Adam Nicolson may feel a little familiar. 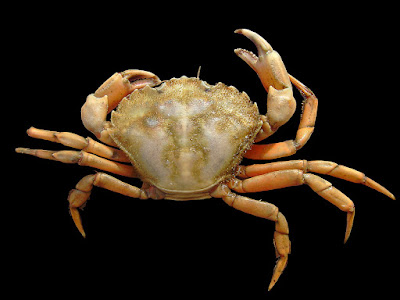 I put a small crab trap in, baited with bacon. Within a few minutes, a green crab was maneuvering towards it, from about four yards away, the smell communicated through the water. It was big, about three inches across, and walked directly towards the trap and then up over its netting, soon finding the inward-reaching, cone-shaped mouth that led towards the bacon. The crab paused there for a good minute, as if questioning the idea of entering this strange, food-rich, unaccustomed place. Was it a trap?

The smell of bacon must have overcome the wariness and it pushed further in. Six minutes after I had first seen it moving, the crab had fallen down into the trap's belly where it would get to the bacon but from which there was no escape. As it started to couch and hold the bait, two other crabs could be seen approaching from the far side of the pool. The first went past the entrance and in under the trap to the point where it was next to the crab that was already in there. The two of them began to grapple with each other through the net, one with access to the food but trapped, the other with no bacon but free.

The third, a little pale green one, bundled itself fast across the floor of the pool. Without pause, a fool rushing in, it flipped down into the trap already occupied by its bigger rival. Perceiving the entrance of the small pale crab, the older one neglected its rival outside and turned towards the newcomer.

Carefully it stirred its bronzy legs, each joint glowing orange like a set of eyes, and greeted the intruder. The drama lasted a few minutes. The little crab retreated to a corner and held its pitiable pale, lime-green claws up towards the enemy. The big crab picked up the little one in a claw and walked back sideways with it down into the depths of the trap, past the bacon, to a point at the far end where the little crab was held there in its attacker's pincers while the young crab's legs flicked and stirred at its undoing.

Truth is...when lust for what we want overrides our common sense, we needn't be surprised that anyone else as foolish as ourselves would be adversarial. "Honor among thieves" is a myth.

Pearls Before Swine On Forgiveness

We begin with Rat's vengeful goal. 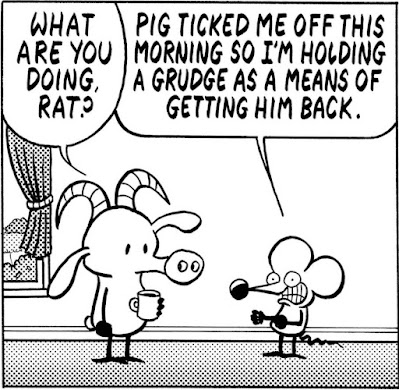 Then we see how Pig is affected by Rat's efforts. 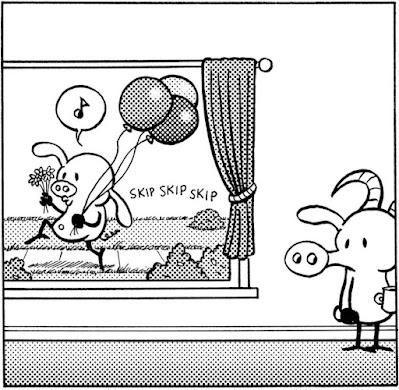 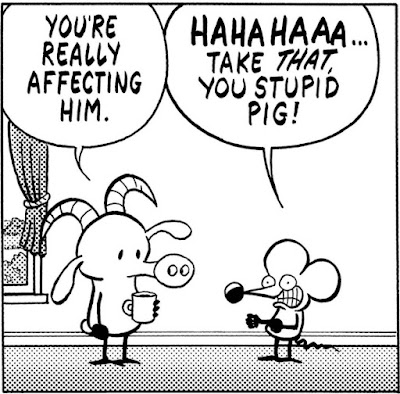 Truth is...when Jesus tells us to forgive one another and love our enemies and all that, it really is in our best interest, not just some highfalutin grasp at moral superiority.

If This Doesn't Break Your Heart...

I became aware of a grief-inducing statistic the other day.

Because of my years of speaking in high school health classes on behalf of Amnion Pregnancy Center, I am on a mailing list that gets sent the state's annual abortion report. In this year's report, there are plenty of tables and graphs that could start a person ranting and raving, but I want to share with you one that practically broke my heart.

For each of the abortions performed in Minnesota, a record is kept of how many previous abortions that person has gone through. The numbers surprised me...and maybe shocked would be a better word. 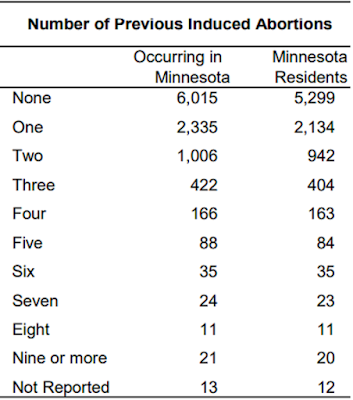 That isn't the shocking part.

Go down further and let the realization hit you that for 88 women who had abortions last year, it was their sixth one. For 21 women, last year marked their tenth...or more.

Truth is...This doesn't make me want to jump on a soapbox or urge anyone to vote one way or another. This makes me want to wrap my arms around these women and pray for Yahweh to shower them with comfort and grace.

And now we come to the final tune(except for a short reprise of the title song) on Love Song's groundbreaking Jesus Music album, Love Song. It's a fitting conclusion as it gently tries to "seal the deal" by inviting the listener to experience all the benefits of faith the album has been singing about.

Truth is...Accepting Jesus as savior and lord isn't all rosebuds and lollipops, and yet the essence of it all really is as simple as receiving the truth that Yahweh loves you.