Born in India in 1940, Harry Webb became a British rock star at the age of 18, recording what John Lennon called "the first British rock record."

With the stage name of Cliff Richard, Webb went on to become the United Kingdom's third-best-selling musical artist in history, behind the Beatles and Elvis.

From Wikipedia: "Over a career spanning 60 years, more than 130 of his singles, albums, and EPs have reached the UK Top 20, more than any other artist. Richard holds the record (with Elvis) as the only act to make the UK singles charts in all of its first six decades (1950s–2000s). He has achieved 14 UK number-one singles, and is the only singer to have had a number-one single in the UK in five consecutive decades."

Somewhere along the way, his popularity and success took second place to his relationship with the living God through Jesus Christ, even though the one never seems to have held back the other, as witnessed to by today's Jesus quote. 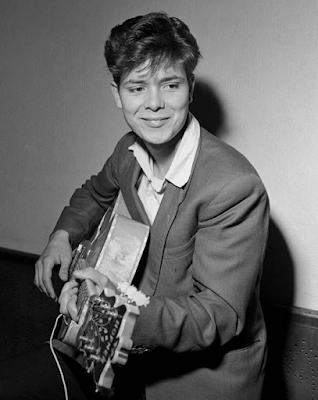 What other people think of me is becoming less and less important; what they think of Jesus because of me is critical.

Truth is...Fame and faith do not have to be enemies, as long as a person knows which one to grasp firmly.


In this blog's ongoing effort to expose the masses to some of the seminal works of Jesus Music pioneers, we come to the first album by siblings Annie Herring, Nelly Greisen, and Matthew Ward...collectively known as 2nd Chapter of Acts.

Their tight, intricate harmonies and Annie's unique song-writing made 2nd Chapter stand out as originals in a sea of "if you like this secular artist, you might like this Christian artist." 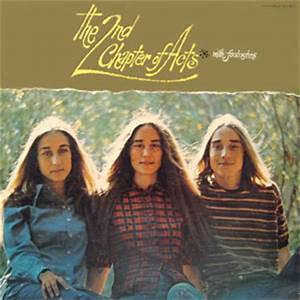 Their debut album, With Footnotes, was released in 1974 and had a back cover that featured the text of the actual second chapter of Acts (from Today's English Version ©American Bible Society 1966, 70, 71) with footnotes referencing the different songs on the album.

I always wanted to (but never did) read the text and play the songs where they show up as footnotes (a different order for the songs than just putting the needle in the groove), so that's how we're going to experience the album here.

When the day of Pentecost arrived, all the believers were gathered together in one place. Suddenly there was a noise from the sky which sounded like a strong wind blowing, and it filled the whole house where they were sitting. Then they saw what looked like tongues of fire spreading out, and each person there was touched by a tongue. They were all filled with the Holy Spirit and began to talk in other languages, as the Spirit enabled them to speak.

There were Jews living in Jerusalem, religious men who had come from every country in the world. When they heard this noise, a large crowd gathered. They were all excited because each one of them heard the believers talking in his own language. In amazement and wonder, they exclaimed, "These men who are talking like this  -  they are all Galileans! How is it, then, that all of us hear them speaking in our own native language? We are from Parthia, Media, and Elam; from Mesopotamia, Judea, and Cappadocia; from Pontus and Asia, from Phrygia and Pamphylia, from Egypt and the regions of Libya near Cyrene; some of us are from Rome, both Jews and Gentiles converted to Judaism; and some of us are from Crete and Arabia  -  yet all of us hear them speaking in our own languages of the great things that God has done!" Amazed and confused they all kept asking each other, "What does this mean?" 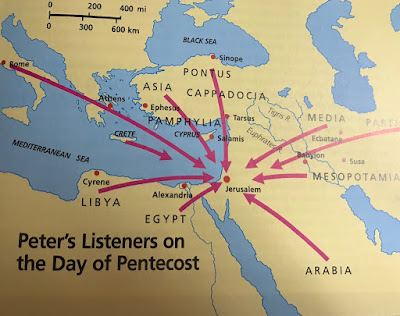 Do a doing
Mourn a mourning
Still won't get you off your sorrow
So go ahead and cry, but you
Can't pry a look at tomorrow

Praise a praising
Build a building
Trying to get peace into your life
And you don't even know wrong from right
Oh, where's your wisdom?

Truth is...we all come from our own separate backgrounds and, without Yahweh's help, are just as clueless as the crowds who heard the sound of the wind but didn't grasp that it came from God and was ushering in His Kingdom in a new, fresh way.

I believe. Help me receive.

You Have Heard That It Was Said...


This may be the riskiest piece I've ever written for this blog. It is sure to meet with widespread disagreement, perhaps even anger.

And for that, I apologize.

But, with National Sanctity of Human Life Sunday approaching this coming weekend, it's time for me to point out an inconsistency I see among many folks who purport to be "pro-life."

No, I'm not talking about the well-earned stereotype of folks being on picket lines against abortion and for capital punishment. That's a cognitive dissonance that is easily seen (and has been mentioned here before). Today's topic is a little more subtle, but just as life-and-death. It's a view held on to firmly, which is what will get me in hot water for coming out as being in disagreement with it. 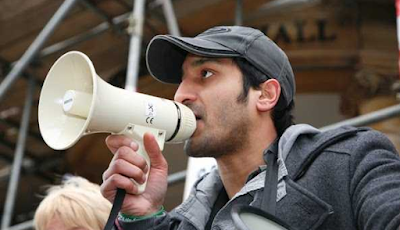 Here's what I'm getting at.

You have heard that it was said, "I'm opposed to abortion except in cases of rape or incest," but I say to you, "Murder is murder, no matter who the victim's father is."

...that sounds so harsh and uncaring toward women who have had to suffer the trauma of sexual violation. Please know that my intention is not to impose any privileged-white-male dominance over anyone. My intention is to be consistent in my stance on the serious nature of ending a human life (which you can review by clicking here).

Truth is...if I found out that your father had raped someone, that would not give me the right to kill you. In the same way, if it came to light that your mother is also your half-sister, it would not negate your right to life, liberty, and the pursuit of happiness. Abortion is the ending of a human life, no matter the origin of that life.

Email ThisBlogThis!Share to TwitterShare to FacebookShare to Pinterest
Labels: abortion


It's practically become a cliche'.

Not that I've done the research, but I'm pretty sure if someone took a poll asking non-believers why they don't believe or non-church-goers why they don't "go to church," the overwhelming majority of responses would hang the blame on that sizable swarm of scapegoats called "hypocrites".

Two things about that:

1.  If there's a hypocrite standing between you and God, guess who's closer to God?
2.  From Rich Mullins: "I hear people say, 'Why do you want to go to church? They are all just hypocrites.' I never understood why going to church made you a hypocrite because nobody goes to church because they’re perfect. If you’ve got it all together, you don’t need to go. You can go jogging with all the other perfect people on Sunday morning." 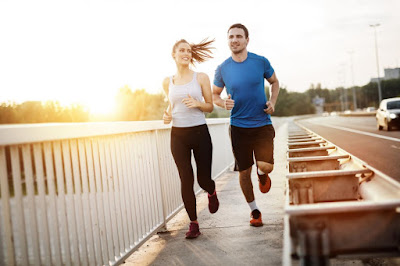 But having said those two things, I don't mean to let believers and church-goers off the hook. Playacting at faith (the original meaning of hypocrisy) poses a real challenge for people on the outside looking in.

Which leads us to Number 19 on our countdown of the top 25 quotes about Jesus from azquotes.com. It is attributed to the Syrian saint, Ignatius of Antioch, and gives us a clue to what causes hypocrisy:


"Do not have Jesus Christ on your lips, and the world in your heart."

Another quote from Ignatius really brings it home:


"We recognize a tree by its fruit, and we ought to be able to recognize a Christian by his action.  The fruit of faith should be evident in our lives, for being a Christian is more than making sound professions of faith.  It should reveal itself in practical and visible ways.  Indeed it is better to keep quiet about our beliefs, and live them out, than to talk eloquently about what we believe, but fail to live by it."


Truth is...In the words of Brennan Manning, "The greatest single cause of atheism in the world today is Christians who acknowledge Jesus with their lips and walk out the door and deny Him by their lifestyle. That is what an unbelieving world simply finds unbelievable."
Posted by Dewey at 6:07 AM No comments: