The uncontrollable end of John Belushi, as described by his agent, Bernie Brillstein, in Where Did I Go Right? 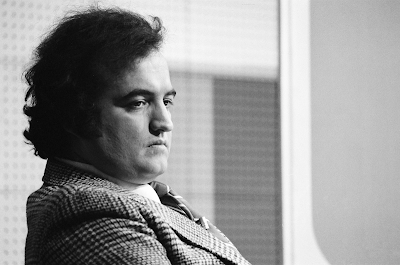 "One day in early March 1982, I flew with John Belushi from Los An­geles to Martha's Vineyard in a private jet. We had it all to ourselves. He was thirty-three. I was fifty-one. The accommodations were first class and we should have been having the time of our lives. We weren't. In fact, John Belushi no longer had a life. He was stretched out across two cramped seats in the tiny jet, wrapped up in a body bag. Our destination was his funeral.

"Everybody loved John Belushi. The problem was that he didn't love himself enough to believe he had value in the world and that he wasn't indestructible. As John's TV, then movie, career took off, and his fame grew, so did his inability to control his appetites. After he left Saturday Night Live, his life lost the discipline having weekly responsibilities im­posed, and his erratic behavior became more frequent. Total strangers gave him drugs just to get close, to be cool to tell their friends they'd done it. And John consumed it all. It wasn't just an over-large lust for life; he was trying to fill a hole inside. If God hadn't created drugs, John would have found something else to abuse. Lorne and I thought Belushi craved love and acceptance. I could identify with that. I wanted the same things; we all do. But instead of using drugs, I became a personal manager.

"Belushi could be, and often was, a great guy. The rest of the time, as he careened toward the end he was either crashed out or out of control. Those who cared about him would say, 'You're hurting yourself and the people who love you,' but he'd just try to charm his way past the warnings. When I pushed him too hard to straighten up, he'd tell me to back off.

"There's nothing more painful than watching a man you love de­stroy himself. I don't know why it happens. I'm not a psychologist, though sometimes in my job I have to act like one. I suppose there are as many reasons as there are people who [mess] up: Fear of success. Fear of failure. Fear of being a fake. Feelings of worthlessness. A need for love. Arrogance. Narcissism. They're played out with drink, infidelity, drugs, domestic violence, and other weird behaviors that are hard to imagine. Even performers who aren't screwed up sometimes act this way, so it's hard to tell what's going to happen or how serious it is -- until it's some­times too late."

Truth is...Whatever your fear or source of pain or lack of self-esteem causes you to do that distracts you from recognizing God's unquenchable love for you, get rid of it now, before your own "it's sometimes too late" moment catches you off guard.