Jesus Rarely Lives Up to Expectations

Having just spent a month focused on the first coming of Jesus, I've started thinking about the second one that is yet to take place.

I wonder what kind of similarities to the first coming it will have?

The political leaders of the time were upset at the news of Jesus' arrival...not only in Bethlehem but 30 years later in Jerusalem as well.

There were a few religious experts who knew where to look for the Messiah's birthplace, but the rank and file were probably clueless. And as for 30 years later...Jesus was NOT what they were expecting. Everyone was certain the Messiah would violently get rid of the oppressing outsiders and restore the Jewish nation as dominant owners of The Promised Land. Who would have thought that the Son of God came not to condemn the world, but to save it? 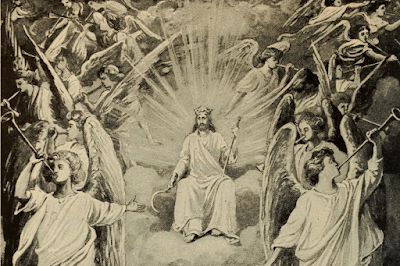 When folks start talking about the Bible like it's some kind of clear roadmap of the future ("Well, this verse is obviously referring to..."), I am reminded of the following quote from Rich Mullins:

"The Bible is not a book for the faint of heart -- it is a book full of all the greed and glory and violence and tenderness and sex and betrayal that befits mankind. It is not the collection of pretty little anecdotes mouthed by pious little church mice -- it does not so much nibble at our shoe leather as it cuts to the heart and splits the marrow from the bone. It does not give us answers fitted to our small-minded questions, but truth that goes beyond what we even know to ask."

Truth is...I think most people will be as surprised at the second coming of Jesus as the Pharisees and Sanhedrin were at the first coming.