The Grave Can't Hold Me

We look for the resurrection of the dead 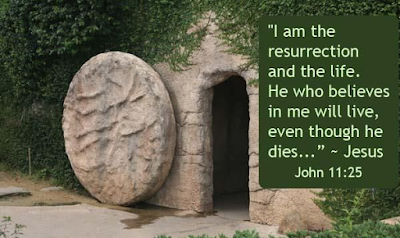 But in fact, Christ has been raised from the dead. He is the first of a great harvest of all who have died.

So you see, just as death came into the world through a man, now the resurrection from the dead has begun through another man. Just as everyone dies because we all belong to Adam, everyone who belongs to Christ will be given new life. But there is an order to this resurrection: Christ was raised as the first of the harvest; then all who belong to Christ will be raised when he comes back.

Truth is...the most audacious claim of Christianity is also the most important. Paul has said it well. If there is no resurrection...if death is the final chapter...then Jesus was either a well-meaning teacher who was suffering from a major delusion, or the foulest fiend the planet has ever seen.

Next week...the final phrase from the Nicene Creed, and it's about our final outcome.