I Never Got What I Wanted


I find it very difficult to believe that the following poem was written by a 14-year-old boy, but that is apparently the case, according to where it is excerpted from: the book Calm My Anxious Heart by Linda Dillow, originally from Who Gets the Glory? by Dr. Charles R. Swindoll. (Thanks to blogger Kara @ Just1Step for giving proper credit.) 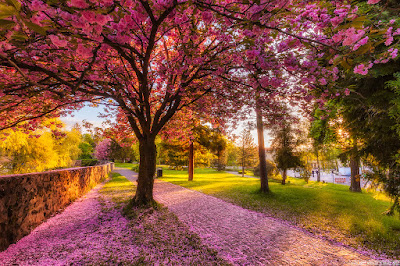 It was spring but it was summer I wanted;
the warm days and great outdoors.

It was summer but it was fall I wanted;
the colorful leaves and the cool dry air.

It was fall but it was winter I wanted;
the beautiful snow and the joy of the holiday season.

It was winter but it was spring I wanted;
the warmth and the blossoming of nature.

I was a child but it was adulthood I wanted;
the freedom and the respect.

I was twenty but it was thirty I wanted;
to be mature and sophisticated.

I was middle-aged but it was twenty I wanted;
the youth and the free spirit.

I was retired but it was middle-aged I wanted;
the presence of a mind without limitations.

My life was over but I never got what I wanted.

Truth is...This gives added weight to the almost-flippant phrase, "Wherever you go in life, be there."