Larry Norman has been credited (mostly, by himself) as the originator of the "One Way" symbol: pointing a single finger skyward as an indication of wanting Jesus to receive any and all honor and praise. 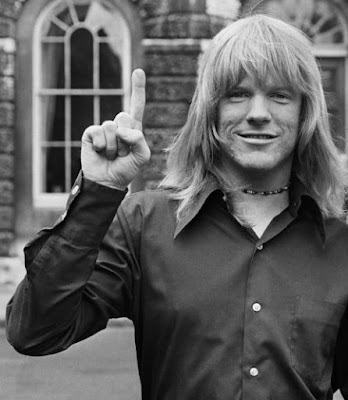 In the song "One Way", Norman uses the phrase to emphasize a truth spoken by Peter in Acts 4:12. "There is salvation in no one else! God has given no other name under heaven by which we must be saved."

And he does it while quoting/paraphrasing Robert Frost.

One way, one way to Heaven
Hold up high your hands
One way, free and forgiven
Children of the Lamb

Two roads diverged in the middle of my life
I heard a wise man say
And I took the one less traveled by
And that's made the difference, every night and every day


Truth is...It's not a popular thought, this idea of there being only one way to be saved. It's not popular...but it's biblical.