The Cost of Forgiveness


Colossians 3:13 is used quite a bit to encourage believers to forgive people who have wronged them, and rightly so. I mean, just read it:

"Bear with each other and forgive one another if any of you has a grievance against someone. Forgive as the Lord forgave you."

Nice and simple in the New International Version, right? You should forgive others because, after all, God forgave you.

That's the way it's always been taught to me, but just yesterday I started really thinking about that last phrase: "...as the Lord forgave you."

My standard flesh-out-the-meaning translation, the Amplified Bible, says it like this: "just as the Lord has forgiven you, so should you forgive."

And then it struck me.

Think of what God did in order to forgive you! Yahweh doesn't just flippantly override His perfect justice and say, "Don't worry about all the wrong you've done. I've decided it doesn't matter."

In order to satisfy justice and yet offer us forgiveness, the God of all creation made the greatest sacrifice of all. "Greater love has no one than this: to lay down one's life for one's friends." (John 15:13 NIV) 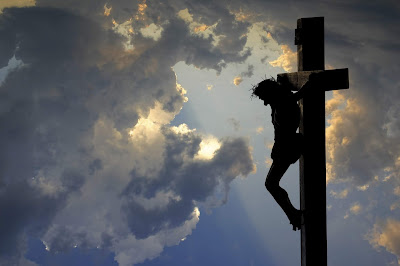 It cost Jesus His very life to be able to forgive us. Why would we expect to be able to forgive others without it costing us something? For example, when I've forgiven someone, I've promised to never bring the matter up again...and that's a hard promise to keep. How many times have I wanted to say, "But what about the time I forgave you for...?!!?"

Truth is...forgiveness has never been easy, but for any kind of relationship to work, or just to be able to walk through life without the burden of keeping a grudge intact, it's absolutely necessary.