The "What" of Jesus

He became incarnate from the virgin, Mary, and was made man 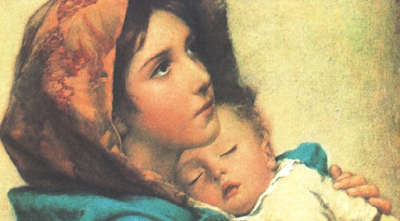 All right then, the Lord himself will give you the sign. Look! The virgin will conceive a child! She will give birth to a son and will call him Immanuel (which means ‘God is with us’).

The angel replied, “The Holy Spirit will come upon you, and the power of the Most High will overshadow you. So the baby to be born will be holy, and he will be called the Son of God. What’s more, your relative Elizabeth has become pregnant in her old age! People used to say she was barren, but she has conceived a son and is now in her sixth month. For the word of God will never fail.”

Mary responded, “I am the Lord’s servant. May everything you have said about me come true.” And then the angel left her.

A few days later Mary hurried to the hill country of Judea, to the town where Zechariah lived. She entered the house and greeted Elizabeth. At the sound of Mary’s greeting, Elizabeth’s child leaped within her, and Elizabeth was filled with the Holy Spirit.

Elizabeth gave a glad cry and exclaimed to Mary, “God has blessed you above all women, and your child is blessed. Why am I so honored, that the mother of my Lord should visit me? When I heard your greeting, the baby in my womb jumped for joy. You are blessed because you believed that the Lord would do what he said.”

Mary responded, “Oh, how my soul praises the Lord."

Luke 1:35-46
So the Word became human and made his home among us. He was full of unfailing love and faithfulness. And we have seen his glory, the glory of the Father’s one and only Son.
John 1:14
Though he was God, he did not think of equality with God as something to cling to. Instead, he gave up his divine privileges; he took the humble position of a slave and was born as a human being.
When he appeared in human form, he humbled himself in obedience to God and died a criminal’s death on a cross.
Philippians 2:6-8
Because God’s children are human beings—made of flesh and blood—the Son also became flesh and blood. For only as a human being could he die, and only by dying could he break the power of the devil, who had the power of death. Only in this way could he set free all who have lived their lives as slaves to the fear of dying.
We also know that the Son did not come to help angels; he came to help the descendants of Abraham. Therefore, it was necessary for him to be made in every respect like us, his brothers and sisters, so that he could be our merciful and faithful High Priest before God. Then he could offer a sacrifice that would take away the sins of the people.
Hebrews 2:14-17

Just so we don't turn "incarnate" into some mystical, purely-religious term, let's remind ourselves that it has a universally understood definition: "embodied in flesh; given a bodily, especially a human, form."

Truth is...While occupying Planet Earth, Jesus was not a visible spirit, magically hovering six inches off the ground and never quite "one of us." When people refer to Jesus as "God in the flesh," that is exactly what they mean. Jesus had a human body, just like you and me.