Easter Song for All Year Around


Here we are, ending the year by ending our review of the album "For Him Who Has Ears to Hear" by Keith Green.

The final song is Annie Herring's "Easter Song", to which Keith added an extra verse.

It's bright, upbeat, and celebratory...and considering its subject matter, that's exactly what it should be. 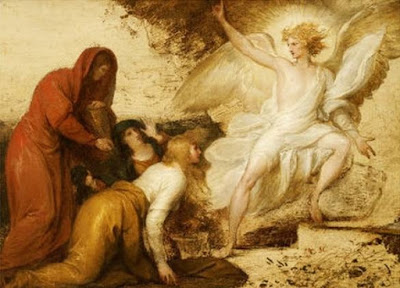 The angel upon the tombstone
Said "He has risen, just as He said
Quickly now, go tell His disciples
That Jesus Christ is no longer dead!"

The angels, they all surround us
And they are ministering Jesus's power
Quickly now, reach out and receive it
For this could be your glorious hour

Truth is...this is the cornerstone of the Christian faith. "If Christ has not been raised, then your faith is useless and you are still guilty of your sins. In that case, all who have died believing in Christ are lost! And if our hope in Christ is only for this life, we are more to be pitied than anyone in the world. But in fact, Christ has been raised from the dead. He is the first of a great harvest of all who have died. So you see, just as death came into the world through a man, now the resurrection from the dead has begun through another man. Just as everyone dies because we all belong to Adam, everyone who belongs to Christ will be given new life." (I Corinthians 15:17-22 NLT)