One of the most-loved and comforting hymns ever written was penned by a man who had plenty of personal experience with loss and grief.

In 1819, Joseph Scriven was born in County Down, Ireland, and as a young man wanted to follow in his father's footsteps and become a Royal Marine, but his relatively poor health prevented him from following that dream.

When he fell in love and was engaged, his fiancee drowned before the wedding could take place. Perhaps to distance himself from that tragedy and get a new start in life, Mr. Scriven moved to Canada...where he once again became engaged to be married and once again lost his love to death. 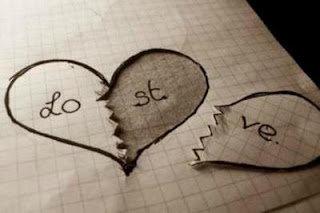 Rather than stow himself away in loneliness and grief, he seems to have devoted his life to serving others. He was especially known for carrying a saw with him and cutting firewood for anyone in need.

When he got word that his mother was gravely ill, he could not afford a trip back to Ireland, so he wrote his mother a poem and sent it to her in hopes of comforting and encouraging her. It is that poem that was later published in a religious journal, set to music by Charles C. Converse, and became the song we know as "What a Friend We Have in Jesus".


What a friend we have in Jesus,

Have we trials and temptations?


Are we weak and heavy laden,

Truth is...Creatively turning pain into an artistic expression is nothing new; neither is turning worry and grief into prayer. It wouldn't hurt me (and perhaps you, too?) to do more of both.